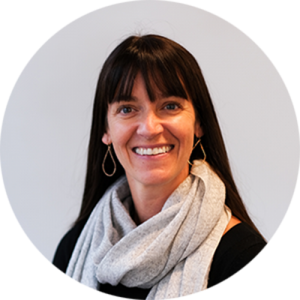 Ashley Turner Harrington joined RMIAN's Children's Program in February 2014. Ashley specializes in representing immigrant children and families that are survivors of abuse, neglect, abandonment, and other trauma. She is a frequent lecturer on children’s immigration law. Prior to joining RMIAN, Ashley worked as an Associate Attorney for three years at the private immigration law firm, Lichter Immigration. During law school at the University of Colorado, Ashley interned at the Rocky Mountain Survivors Center where she successfully represented asylum seekers and at the Immigrant Legal Center of Boulder County where she represented low-income immigrants. In law school, she earned a full merit scholarship, the Dufford and Brown Legal Writing Award, First Place in Appellate Advocacy Oral Argument Competition, and the Chase Human Rights, Women's Law Caucus, Equal Justice America, and Equal Justice Works Fellowships. Ashley went to law school after working as an advocate for several years with survivors of domestic violence. Ashley is a member of the American Immigration Lawyers Association. She was born and raised in Denver, where she lives with her husband, two children and giant dog. She is proficient in Spanish.